A train into the Unknown

Just before leaving the UK I moved in with my friend for a couple of months and met a few new faces, one of which would accompany me to Europe for the first week of travelling. We had a great time – eating, drinking, sitting on trains, walking for hours on end through streets that for all we knew, we would never see again.

Budapest was grand. A free walking tour around the city was a great way to see Buda and Pest. Good exercise and a little cultural too. Walking tours are always a good idea because you meet the guide, who is almost always a ‘local’, can teach you a few words and introduce you to the culture, things to do, see and get involved in.

We walked across the famous ‘Freedom Bridge’ and up a tall zig-zagging path to the top where we were allowed to rub the brass balls of the statue of an Ox. Apparently the students rub the balls of the Ox around exam time for good luck. So yes, we did this.

With one day in each capital city we were compelled to make the most of our time.  After rubbing the famous golden balls we headed straight for a spa (on the Pest side of Budapest). It was a right ‘local’ place, no tourists and it looked like an ancient roman building on the inside. Great stone walls and the main pool area had a domed ceiling with small holes that looked like stars in the night sky as the day-light shone through, reminding us that in fact, time was on our side. They don’t lie, it does stink. The smell is sulphur – at first smells like rotting eggs but you get used to it, like anything. We slept well that night and prepared for our train journey the next morning. 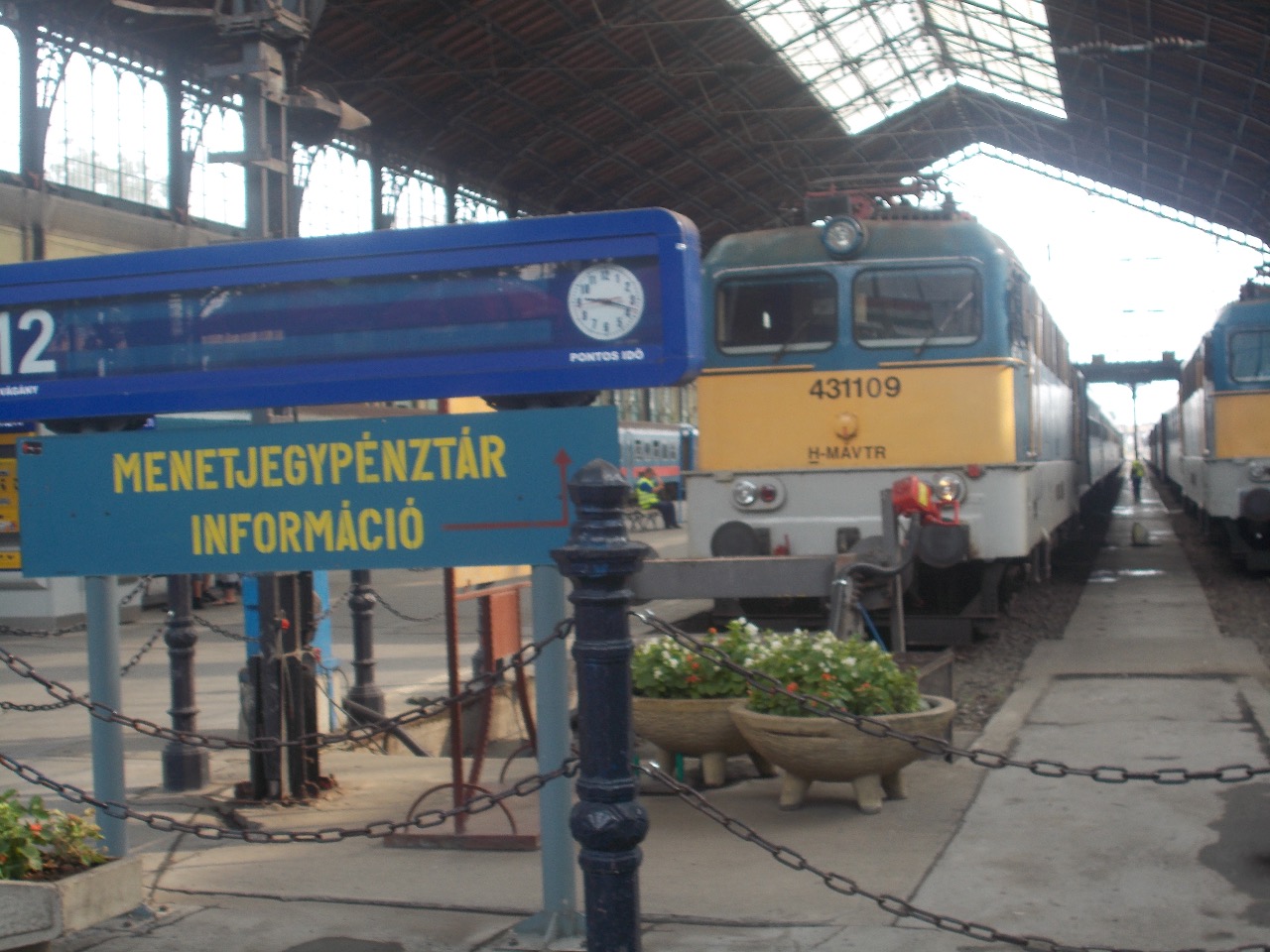 On the train to Bucharest we sat in a carriage with two men. It felt awkward because none of us talked for the first hour. But then we got talking and it turned out one of the men had been working in London and he was returning home to live with his family – his wife and daughter after two years. He was very excited. We had steak and a few beers in the restaurant carriage. They allowed smoking in this carriage so it got a little unpleasant to sit in there longer than a couple of hours.

Bucharest was an interesting place. Again, with only one day to explore we made the most of it. It felt like a busy city – the business district was smart, with coffee and sorbet cafes all over the place and expensive designer shops. But where there is glamour there is always the homeless. Yes, lots of visible poverty and dodgy characters (to equal the number of business-dressed people in the expensive part of town). We sat in a large park. The grass was bone dry and ants scurried all over the ground. It was a hot day.

So from Bucharest we wanted to visit Brasov, the place where Bram Stoker based the castle of Dracula. There are myths and legends surrounding Bran Castle, steeped in ancient local history. In theory, our plan was great. We took the two-hour train right back towards Budapest and the town of Brasov was a bit of a disappointment. We had been warned about the dreariness of Brasov by an American woman who was suffering a horrible cold in our dorm room in the Umbrella Hostel in Bucharest. She was also a travel writer with some useful tips about where to stay in Bangkok (Thank you, lady, I don’t know your name!) She had told us that the town of Brasov was a depressing sight. She had mentioned the neglected lawns and fountain in the center of the town that was never flowing. It did seem neglected. I can only hope that with more tourists, the town of Brasov will see prosperity. We got to the town and it seemed in need of a large cash injection. It was a little run down, but beautifully situated in a valley between the mountains of Transylvania and Wallachia. We asked for direction to a bus that might take us to Dracula’s Castle.. it was a cartoon moment when the lady in the information kiosk spoke Romanian and then pointed opposite directions with both hand at the same time. My friend and I looked at each other, smiled and thanked the lady for her help. What were we to do? She could obviously not speak English and we had learnt ‘hello’… and ‘thank you’, a pre-requisite for any foreign travel. 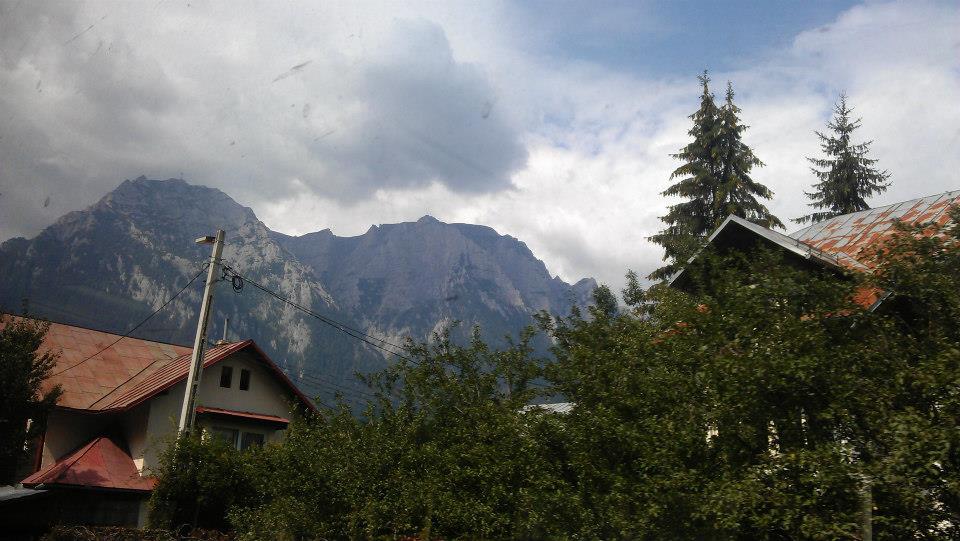 So we tried our luck with local bus drivers. We got on a bus and decided, hang on, this is the wrong way. With a huge language barrier and being on the receiving end of unhelpful directions, we asked inside a small hotel for directions. A man offered to call us a taxi that could take us to Dracula’s castle. He was Iranian and had a family back in Iran. I remember he told us about his decision to come to Romania and said that he liked working in the hotel but he missed his family. The taxi arrived and for around £10 we got to Dracula’s castle. By the time we got there we decided it was too late, with only 20 minutes before we had to get the bus back to the station for our return train to Bucharest, there would be not much point in paying the entry fee. We stood on the gates outside the castle and imaged how it used to be when the tyrannical leaders of the past lived there.

From Bucharest, we had planned to go to the coast. But plans changed, as they often do, and we ended up going to Sofia. The train in Bucharest was delayed so we missed our connection on the border in Rousse. There were two German boys on the train who were going all the way to Sofia. We decided to do just that and fell asleep in the comfort that we would wake up knowing where we were. But at 3am we were awoken by a frightening duo demanding out tickets. They were both overweight and seemed incapable of expressing a smile. Luckily, my friend had had the forethought to withdraw Bulgarian money before we caught the train and we were able to stay on the train with our new tickets to Sofia. Phew, that was probably the scariest moment of that week long adventure from Budapest – Istanbul.

Sofia was beautiful. It was a Saturday. Clear blue skies in August. I remember waking at dawn as the sun rose we were passing though rugged yellow sand-stone cliffs, the train became a meandering river. I woke my friend, Wake up, wake up – it’s so beautiful. Sleep in our eyes, we stuck our heads out the small windows in the corridor outside our carriage. The warm wind and sunlight on my face felt like eating a delicious meal. It was fresh outside and the summer was in full shining mode. 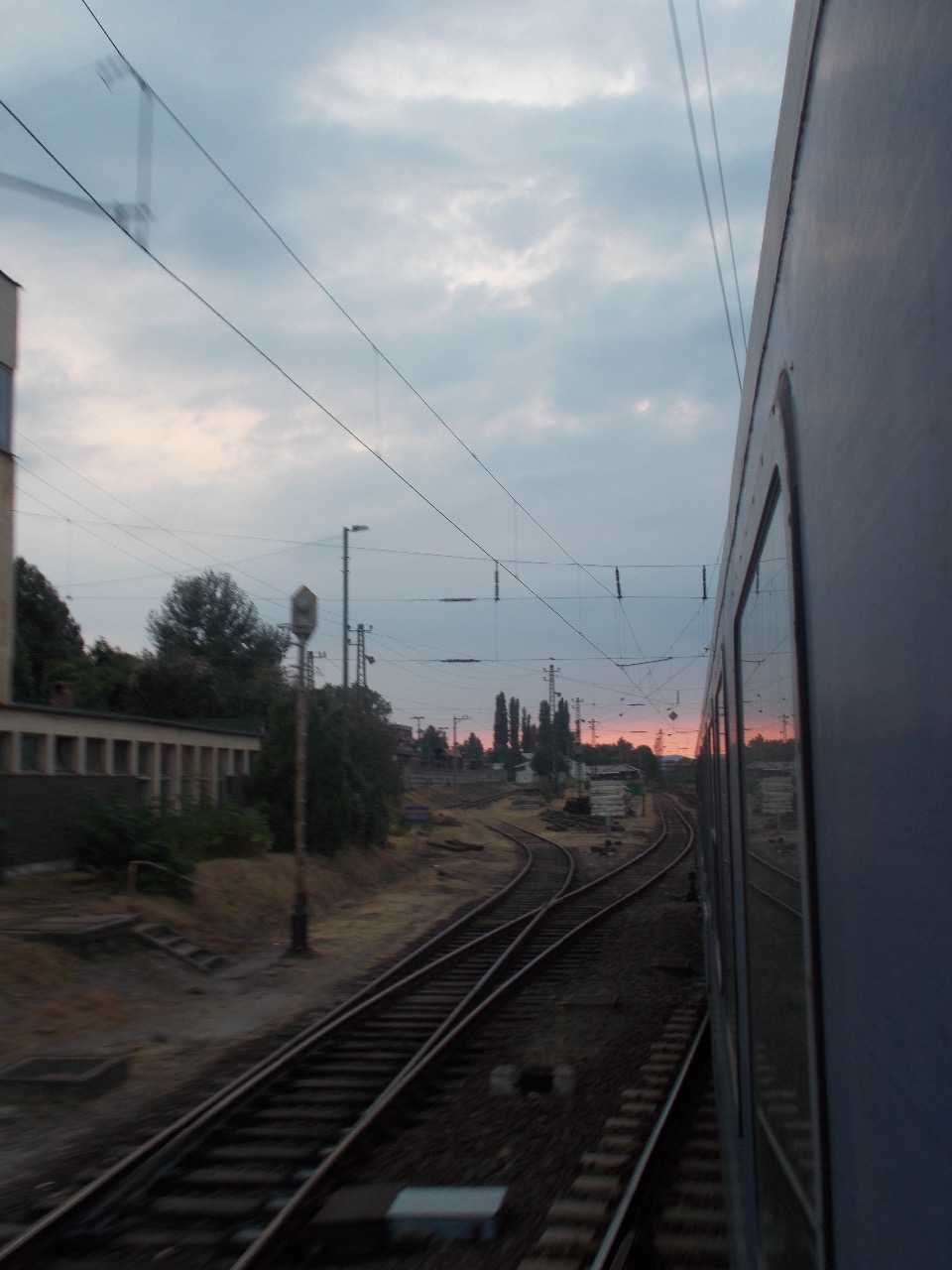 The town was deserted. We had a whole city tour double decker bus all to ourselves. Breakfast was cheese on toast and coffee. The Alexander Nevsky Cathedral took my breath away. I’m not religious (of the institutional forms) but I can definitely appreciate the beauty of the buildings that are said to be the homes of gods. I lit a few candles. By mistake, I lit the candles in the place where you light candles for people who have died – what an error! I thanked the priest who told me this and moved my already lit candles to the right place. I lit one for family, one for friends, one for my luck and safety while away.

So one day in Sofia, and we got the night train to Istanbul. We were tired. I remember sleeping really well, lulled by the rocking motion of the train. We had to wake up at 6am to get our passports stamped and pay the 15 euro VISA fee. We then got onto a bus that would take us into the center of Istanbul. I remember snoozing while the reddest sun I had ever seen, rolled above the horizon. It was burning, caught in a fire! And I felt its warmth in those early hours. My stomach needed food. And my body ached a little, probably from the constant rocking motion of the train. 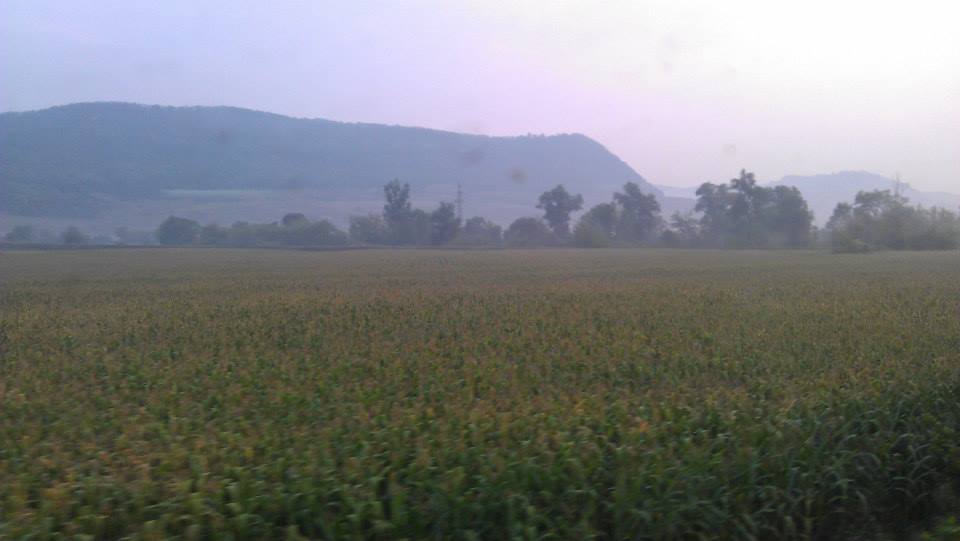 We had a spectacular time in Istanbul.  1 day and ½ to experience one of the most historically and culturally intriguing cities in the world. Dogs on motorbikes posing for pictures, the grand Bazar where time seems to have stood still until you see the man selling the mp3 players and headphones. In fact, I would say, the most interesting place. Where East meets West and cultural difference is all around to be celebrated and experienced in one huge melting pot of scents, flavours and visual treats. I will definitely be going back to Istanbul!

©2011-2020 Opposable Thumbs Publishing. All rights reserved.
Create a free websiteWebnode
This website was built with Webnode
You can also have an impressive website for free!
Try it out